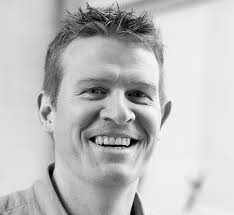 Mr. Dave Delaney is “The King” of networking and I had the great pleasure of interviewing him this episode. Dave’s career has focused on the art of networking both online and offline. Through his remarkable networking experiences, Dave has landed new jobs, created networking groups, traveled the country, became a sought after keynote speaker and now most recently has written“New Business Networking: How to Effectively Grow Your Business Network Using Online and Offline Methods”. In this book Dave teaches us the art of networking and how to maximize your reach through a variety of avenues. Seeing networking as such a crucial part of sales, I wanted to have Dave come on the show to share some expertise.

Some of the things we discuss in this episode are:

I know the principles in this episode will help with you’re networking efforts. Come and meet my friend Dave Delaney and learn the art of networking!

Check out the book!

LISTEN TO THIS EPISODE ON ITUNES OR LISTEN ON STITCHER RADIO.