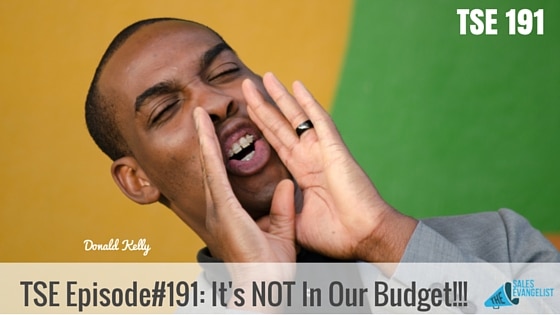 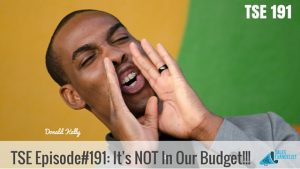 How can I handle “We don’t have it in our budget?”.  Many times as a seller we come across the illusive statement, “It is not in our budget”. As a seller, it’s inevitable that you will hear this statement at one point or another. When I hear this, four things come to mind:
1. You didn’t qualify properly…

4. They really have a need and don’t have the budget.

Feel free to check out this episode.