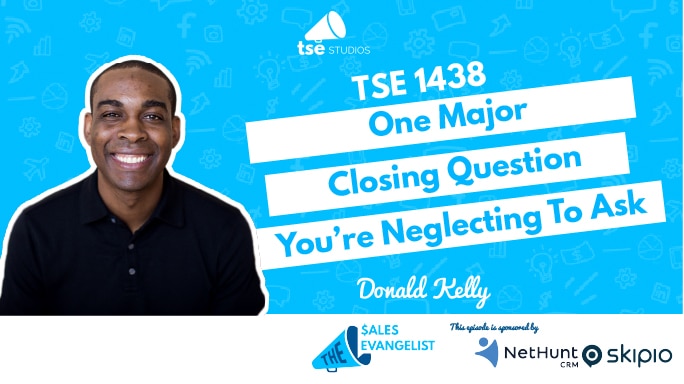 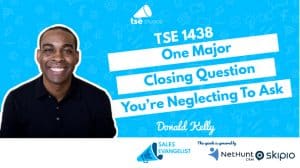 In today’s episode of The Sales Evangelist, Donald Kelly gives us the scoop on one major closing question you’re neglecting to ask.

But first, let’s picture this scenario.

It’s simple – there’s one question he forgot to ask.

How can you ask this question to improve your sales strategy?

Donald’s ultimate takeaway? Start the conversion process earlier. Ask your prospects, “based on what you know, do you feel confident moving forward?” If you fix any problems early, the prospect will have a higher degree of confidence at the end of the sales process.

Connect with Donald on LinkedIn and let him know if this helped close more deals.