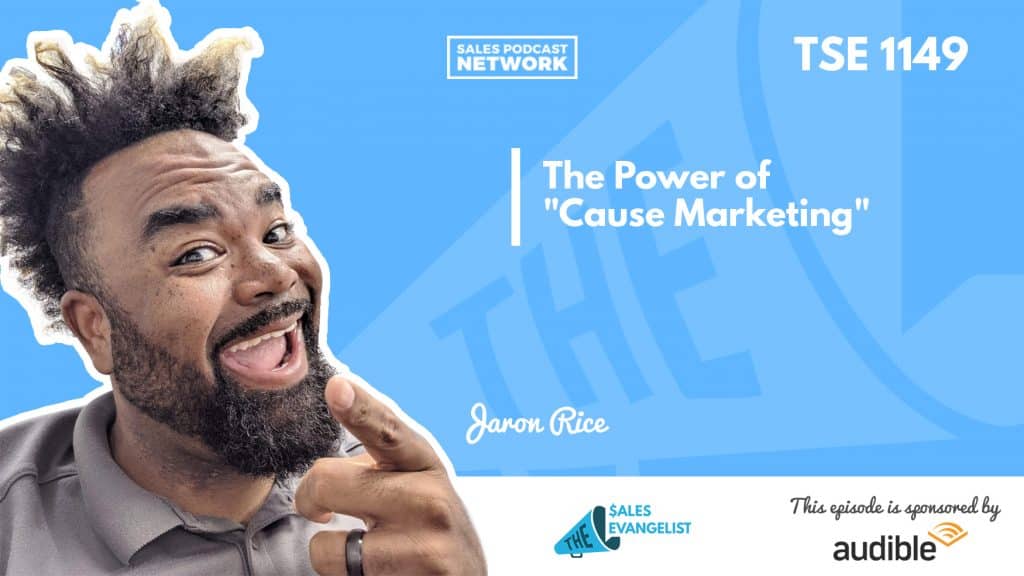 Supporting a cause as part of your business model can help you establish your brand and create a personality for your company, and “cause marketing” can draw customers who want to do business with you.

Cause-based marketing stems from a business or a business owner that champions a cause that they believe helps with their personal branding as well as the company’s brand. It benefits a specific cause while it generates more business for the company.

Businesses have to pay fees in order to accept payments from their clients. The transaction is called an interchange and it’s set by the card brands: Visa, Mastercard, American Express, and Discover. The fees are paid to the issuing banks and then there are dues and assessments that are paid to the card brand.

Jaron often interacts with small businesses and discovers that he can save them about $200 a month with his services. For a main street business, that’s a substantial savings unless the cost of breaking the contract will be $4,000. At that point, it isn’t worth switching providers.

Unfortunately, these fees aren’t usually disclosed on the contract agreements.

Penalties present a major issue for the industry because the typical contract is about three pages long. On the last page of that contract, companies often include a URL that links to a 75-page PDF document full of clauses and information about cancellation fees. These fees aren’t actually presented to the merchant at the time of signing.

Worse yet, some companies require you to have an account with them before they allow you to view the document. These companies have created a shell game that keeps businesses locked into unwieldy contracts for years.

Then, to make matters worse, there’s a small 30-day window at the end of the contract during which companies can cancel their existing agreement in writing. If they don’t, the contract automatically renews.

Jaron discovered upon engaging with this industry that it has a bad reputation. He brought on a small hobby shop business as a client, and at the time they signed a contract, he asked whether the owner had any outstanding contracts or cancellation fees for its payment processing. The owner assured him that he was 4 and a half years into a three-year contract, so he was good.

The owner signed a month-to-month contract with Jaron, and 9 months later he contacted Jaron to ask about a $179 charge on his bank statement.

The charge originated from a merchant services provider, but the identification number didn’t match Jaron’s company. It turns out the previous company had been charging him $179 a month for the previous 9 months despite the fact that he sent a certified letter canceling the service.

When the owner called the company about the charges, the representative said that they were charging him $179 a month because the company figured he would rather pay that than the $2,400 plus cancellation fees that were spelled out in his contract. Because he hadn’t canceled his contract, it automatically renewed.

The next day, the company randomly took $600 from his account.

He went to his bank to find out what recourse he had. The bank advised him that they could block the withdrawals for a period of six months, but that on the 7th month, the provider was likely to try to take the previous six months’ worth of charges all at once. The bank advised closing his account and opening a new one. This was a business owner who had a family to support and employees who worked for him.

Jaron recognized immediately that something needed to be done. About a year later, he connected with a business owner who ran a cigar shop. The two signed an agreement to work together and then spent some time talking about the horrors of payment processing. Jaron mentioned that he wished he could write a law to make these kinds of conduct illegal, and his new client mentioned that he was a state delegate.

The two generated an idea for a piece of legislation that would protect the small business owners in Maryland from the predatory bank practices of banks and merchant services providers. On the third attempt, the bill passed unanimously and was signed into law.

The legislation requires that the length of the agreement, the cancellation fees, the liquidated damages, and the penalties associated with canceling the agreement must be conspicuously displayed on the contract and that each term be initialed.

The legislation also caps the fees for terminating an agreement at $500 and is applicable to businesses that have less than 50 employees and that are doing less than $2 million a year in credit card volume. This includes about 98 percent of Jaron’s clients.

The law also stipulates that if the contract automatically renews, the business cannot be charged fees or penalties, which gives Maryland businesses a chance to shop for services. It forces companies in that space to be customer-focused.

One of the problems that emerged was the reality that companies that had businesses locked into contracts weren’t motivated to service the accounts properly. Stories exist of businesses who called seeking assistance and were put on hold indefinitely.

They provide no guarantees on rates or pricing, so they can change your rates at any time.

The new legislation will make it easier for businesses to find services elsewhere. It’s forcing the entire industry to focus on servicing accounts and keeping customers happy.

Jaron acknowledges that many in his industry oppose this change, but it’s typically only those who are only focused on profit. Those who want to establish long-term relationships with their clients and do things the right way have incentive to work to keep clients.

He didn’t tackle this cause so he could make more money. He did it because it was the right thing to do. In the end, though, his company is benefiting financially from the move. He is working with the Better Business Bureau and the chambers of commerce to host lunch and learns to help businesses learn their rights under the legislation.

In the end, businesses understand that Jaron went to bat for them, and now many of them want to work for him.

The most profitable way to do business is by taking care of people. #PlatinumRule
Click To Tweet

Other opportunities exist for businesses who want to engage in this kind of service to their own industries. The cause your businesses chooses will depend on your individual situation.

Join your local organizations and learn who the delegates are. Many of them are seeking opportunities to help their constituents, so if you have an idea that makes sense, they’ll be willing to get involved. These people have teams who understand how to accomplish these things.

One of Jaron’s clients started a charity called Burgers and Bands to benefit suicide prevention. Because people near to her have struggled with suicidal thoughts and attempts, the issue has touched her life. As a result, she helps raise money for the cause.

Aside from the good work she is doing in the community, businesses recognize her as a mom and a concerned citizen rather than simply as a business owner trying to sell them something.

The effort must be genuine, though, or people will recognize it as a fake.

Jaron has had customers whose situations didn’t lend themselves to switching companies except that they were so eager to work with him they settled for deals in which all they asked of him was the ability to match their current deal. He said that doesn’t happen unless they understand your vision and the causes that you stand behind.

Be yourself. It sounds cliche but Jaron realized that most of his clients are laid-back, down-to-earth, Main Street business owners who didn’t care that he didn’t wear a suit to work every day. Be genuine and true to yourself.

You can connect with Jaron at his website, www.magothy.biz or find him at LinkedIn. You can learn more about the bill specifically at www.MarylandHB777.com.