10 Mindset Principles Every Seller Must Adopt In 2022!

View More
10 Mindset Principles Every Seller Must Adopt In 2022! 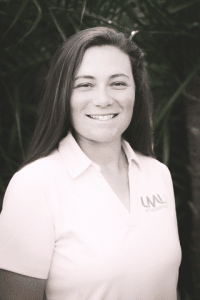 Jordan Ray has endured more challenge in her 21 years than most people experience in a lifetime, so when she goes into a large hospital to share the product she has developed, many people believe that she is too young and they fail to understand that she is making a difference and helping others.

It’s a common challenge that many people face, and I faced it in the early days of The Sales Evangelist when I was 30 years old and advising people who were twice my age.

When Jordan’s health failed at 17, she discovered a need for patients with chronic health conditions to accurately track their pain and symptoms. The log helps patients track their own experiences as a way to improve their treatment plans.

Jordan isn’t offended when people discount her because she’s young. As a softball coach for 15- to 18-year-old girls, she recognizes that she’s only three years older than her players, and she remembers what it’s like to be immature.

Though you only get one chance at a first impression, it’s possible to change the impression people have. Jordan points to the story and relationships as the keys to overcoming people’s assumptions about her.

She’s very big on building relationships because she understands that people who aren’t sold on her product won’t buy it no matter how hard she pushes. If they aren’t interested in her product after she shares her story and the value she offers, pushing won’t change that.

informational essay body paragraph example.
Focus on building relationships instead of selling because even if people don’t buy, they might refer you to someone who will buy. #BuildingRelationships

She considers herself good with people and she said that’s key to owning a sales company.

Jordan goes to a breakfast networking event every Tuesday where she’s the youngest person by about 25 years. She estimates that she has shared a sit-down with all 50 members of the group despite being too young.

Many of them like her story because she only shares a 30-second brief. She tells them enough of her story to leave them intrigued so that they want to have a follow-on meeting with her.

She begins the relationship by looking for ways to refer business to her prospects. Her goal is to serve them by helping them.

She admits that sometimes she feels like she doesn’t have enough to offer in terms of referrals because she has only been doing this for seven months. Compared to people who have been working for 40 years, her connections don’t feel very significant.

Jordan said that her years playing sports taught her to have very high expectations for herself so she struggles when she can’t match the referrals that others can.

While other people are helping her and giving referrals, she finds herself wishing she could do more to return the favor.

Though the sales are obviously nice, she understands that the relationships are going to last beyond one sale or one year. If she makes one sale, that can’t compare to a relationship with someone at a nonprofit who knows countless people and who will support her even as she supports them.

She calls herself big on persistence. She got lots of no’s before she launched the company. Many people were convinced she should stay in school.

She recommends staying persistent and refusing to give up on your vision. You’ll get a hundred no’s, but you’ll get that one yes.

You can connect with Jordan at www.limitlessmedicallogs.com.

You can also email her at jordan@limitlessmedicallogs.com and share your story with her or you can find her on social media @JordanRay.