TSE 1019: Sales From The Street: “Fear and Mental Toughness”

TSE 1019: Sales From The Street: “Fear and Mental Toughness” 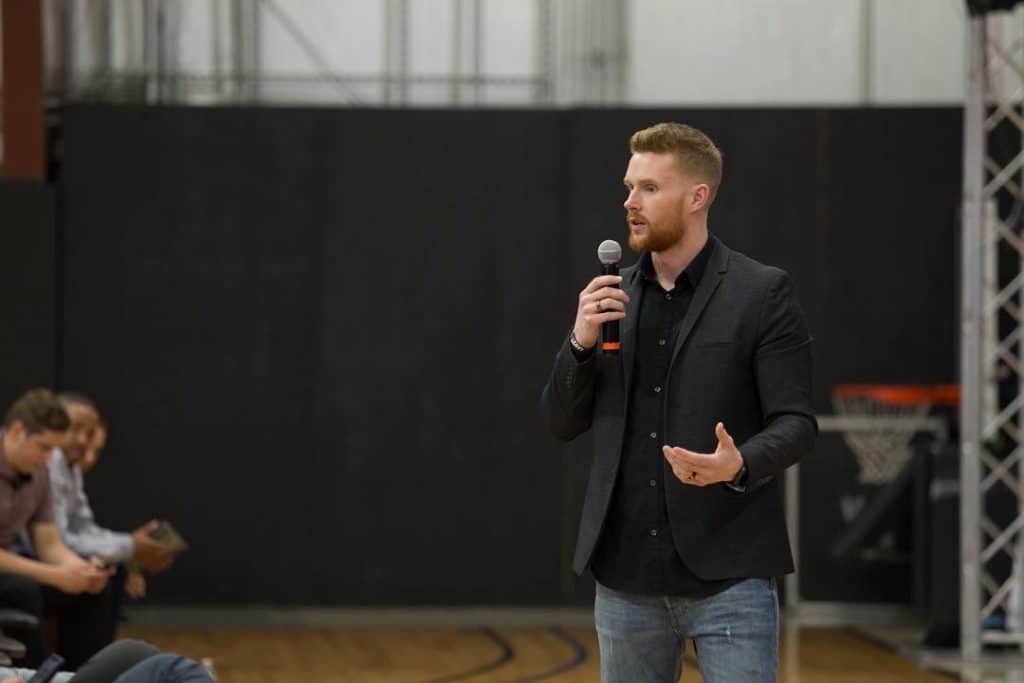 Salespeople need mental toughness to weather all the ups and downs of the industry, as well as the pressures and difficulties when things aren’t going well.

Sometimes clients choose another seller. Sometimes a customer ends the relationship. In other cases, we do everything we’re supposed to do, and the deal still won’t close.

Today Ian Wendt talks with us about one of the most difficult moments in his career and how he got through it and continued his journey.

Teaching instead of selling

Sales is full of challenges, and it requires a certain amount of self-motivation. For Ian, though, the greatest challenge was when he decided that he didn’t want to knock on doors.

He realized that while he was really good at selling, he was even more valuable as a teacher. He needed to find a way to make himself valuable enough that he could teach other people how to sell and how to be mentally tough, which was what he was really passionate about.

It’s sometimes tough for people to build a sales career that doesn’t involve knocking on doors. Finding a way to make the transition felt daunting to him.

He was haunted by the fear of what would happen if he couldn’t make it work.

Ian shared a quote from the book Can’t Hurt Me: Master Your Mind and Defy the Odds by David Goggins that goes like this:

“Most people don’t even start if they don’t have a guarantee.”

That was Ian’s mindset at the time of the transition.

Ian decided to sell for one more summer, and his regional manager used him to do some training. When Ian went to certain offices, those groups started seeing huge spikes in their performance. He was helping them close significant deals and move the needle.

He started tracking his results so he could demonstrate his value.

Ian asked for the opportunity to run a training program, but his leadership told him there was no such position available in the company.

If, however, Ian could prove the value in his training, the company would consider creating one.

Ian is a big believer that you don’t negotiate until you bring value, so that’s what he set out to do. He was determined to produce something he could negotiate with.

Ian started tracking the offices, reps, and leaders that he was training. He tracked their metrics and their increases and the improvements in their completion rates for about three months.

He visited about 11 offices and trained more than 60 reps.

Once he had a binder full of information, the leaders called him in to ask what he was doing. They were seeing improvements and they wanted to hear how he was doing it.

He got the leadership on board and he created a pitch for his proposed training. They jumped on board with his idea and moved toward getting started.

One of the biggest struggles for Ian was that he wasn’t directly selling anymore. He was investing his time and efforts into these offices and these other sellers, so he wasn’t selling a ton of accounts.

He got a few sales, but he went from making a lot of money to making very little. Ian overdrafted his account at least four times, which was unheard of for him.

He was battling the stress of the downward mindset.

As a result, he now teaches that stress is the number one factor in negativity and negativity is the one thing that will destroy a sales career.

Those reps that operate in fear can be completely debilitated.

What if I’m moving the needle but this doesn’t pay out? Or what if I have nothing to show for all my work? Worse yet, What if I don’t make enough to live off of?

Ian lived with exactly that fear during the summer he spent training other sellers. He was plagued by the internal debate over whether to return to the regular sales or to keep trying to develop his training idea.

Ian put himself in a position to do work that he loves. Now he’s over all of the training and content creation for his entire company, and he gets paid really well for it.

He’s grateful every day that he was able to create his own future. He recently spoke at a conference where he reminded the audience that sales will always be hard. But, he said, if you can master it, you can really control the outcome of your life.

If you can sell yourself or sell a product, it will allow you to create the life you want, and maybe the life you never imagined. #Selling

You can find a way to do work that you love and position yourself to look forward to the work week.

He loves the opportunity to share what he has learned with other people, and he loves being surrounded by people who are constantly trying to develop themselves.

Ian is in the process of developing a consulting and coaching program. In the meantime, he’s doing some side work with individual organizations and people.  Connect with Ian via direct message on Facebook @ian.wendt, LinkedIn @ianwendt, and Instagram @iwendtster.

This episode is brought to you in part by prospect.io, a powerful sales automation platform that allows you to build highly personalized, cold email campaigns. To learn more, go to prospect.io/tse. It will help you with your outbound to expand your outreach. It allows you to set it and forget it. Your prospecting will never, ever be the same.

You’ll receive real-time alerts anyone opens an email or clicks a link.